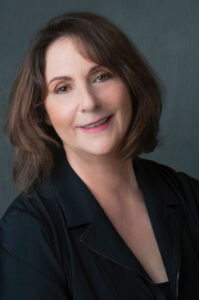 Thank you so much for taking time for this interview! Before we dig in, our readers would love to “get to know you” better. Can you share with us the backstory about what brought you to your specific career path?

First, I saw two films, Blow Up (1966) and Last Year at Marienbad (1961) and I thought, wow, this is a medium that can play with time and really mix things up in a way that elicits emotion and presents reality and a way of getting at the truth of life in a way I’d never experienced. It was very powerful. And when I was introduced to the films of Jean Luc Godard, that cemented it. Breathless and especially Vivre Sa Vie taught me a new way of seeing with its documentary feel and breaking the fourth wall as a way to commune with you and really get inside the audiences skin.

I was finally hooked when I saw the Maysles Brothers film, Gimme Shelter, about the killings at the rock concert at the Altamont Speedway. I was mesmerized as I watched the reactions of the Rolling Stones as they watched the killing at Altamont replay on an editing machine and I thought, we are watching real life unfold. Real emotions unfold. No artifice. Just the real thing. After that, I just wanted to make films that could reveal that kind of truth. Also, the editor of that film was a woman!

Congratulations on “And Now Love,” tell us more about that film and what it means to you?

I’ve certainly had my struggles with it. At its heart, “And Now, Love” is a story about love, taking a deep dive into one man’s ideas of how we can unearth the love in ourselves and others and then share it with the world. He believed love is the conduit to peace on earth and that women are important in creating that peace. And that to me was and still is very worthy subject matter.

Can you share the most interesting story that happened to you since you started writing, producing and directing?

All the serendipity that happened on the set of And Now, Love. There were moments I never could have foretold that were magical. There was one instant when we were standing on the steps of the school which was the hospital he was in during the war and Dr. Bail was musing over the deep love he had for his German nurse, Irmgard, feeling her presence there in the moment.

Just after he spoke the words, “ I know she’s here. She’s here,” the church bells began to chime. Beautiful. Chilling. Unreal. The kind of moments you pray for in a film. I could not have written that. It was real. And it happened. You can’t invent that. 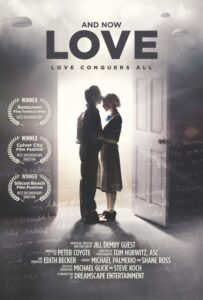 Are you working on any other exciting new projects? What is next for you?

I’m developing “And Now, Love” as a narrative feature film, Executive Produced Sallywood, a heartwarming comedy due out next year, a dramatic limited series, and documentaries on PTSD treatments and Antisemitism Reformers.

Is there a particular person who you are grateful towards who helped get you to where you are? Can you share a story about that?

I am particularly grateful to David and Al Maysles, Muffie Meyer and Susan Froemke for helping me get my start in documentaries at Maysles Films, who really supported women in the field. I couldn’t have had better mentors to learn from and they, not so coincidentally, produced, Gimme Shelter, the film that hooked me on filmmaking.

Additional gratitude goes to Mirra Bank, who hired me and introduced me to Richard Schickel, who believed in me and brought me into public television as his editor and then producer for 10 years.

From your experience, what are a few ideas that we can use to effectively offer support to others who want to work in the entertainment/film industry?

As Ted Lasso says, BELIEVE.Can you please give us your favorite” Life Lesson Quote”? Can you share how that was relevant to you in your life?

I thought the way this whole film came together was just a lucky break, you know “luck and timing.” But of course Oprah explained it much better, “I believe that luck is preparation meeting opportunity. If you hadn’t been prepared when the opportunity came along, you wouldn’t have been lucky.”

When the opportunity to do And Now, Love was presented to me, there were so many ways I could have gone about it, i.e. partnering with another production company, but I chose to take the lead, build my own company and assemble a stellar team to make it happen. And that couldn’t have happened without many years of creative and production preparation that allowed me the skills, wisdom and big picture thinking to see it through.

What is the most important message in the film?

Love is the most powerful force in the universe.

As he poignantly says in the film, “It really reveals what great artists, poets, playwrights, novelists know that the greatest force the moves mankind is love. You see the goodwill in people just aching to get out, aching to be telling the other person, I love you. We are brothers and sisters. But wouldn’t life be simple if people could know their true feelings, not in illusion. Feeling to feeling, heart to heart. In the end, that’s all there really is.”

What made you decide to make this film and how long did it take to produce?

I’ve always been fascinated with how people navigate their lives. And Dr. Bail had an incredible yet inspiring story with so many important areas to explore; war, women, oppression, mental health, spirituality, and most notably, love. Dr. Bail’s courageous devotion to fighting oppression on all fronts impressed me. And his tremendous resilience! First as a lead radar navigator fighting the Nazis in WWII, to anti-Semitism at home, to fighting for freedom of thought in psychoanalysis, to healing the demons within ourselves to promote love and peace in the world. This was a big-hearted thinker with a huge mission. His goal was to heal the human mind from suffering, to promote love, and for women to have a place at the table to finally achieve world peace.

I spent about 15 hours with him, just with an audio recorder. I found he was an engaging, funny and tough, yet sensitive subject, with a wonderful bedside manner and a beautiful way of speaking. But most importantly, he was willing to reveal his vulnerabilities and that was key. All of these elements made him a worthy subject for a documentary. The film took about three years to produce.

The film has underlying themes of love. Have you experienced this type of love in your life?

I don’t think I had ever really experienced the kind of pure love he speaks about in the film. It is something I struggled with in my life and it’s a big part of what drew me to the project. I was eager to hear Dr. Bail’s insights and expertise, so I listened to every interview forensically, taking a deep dive and educating myself on every morsel of what he said. He would say the same things over and over, “Love softens the psyche. It encompasses. It makes one feel that nothing matters in the world except love. Because it gives you the feeling of peace where no peace has ever been.” Thankfully, I fell in love after the film and I have to say that I’m experiencing it now. Appropriate title,

Tell us about the travel you had to do for the film and what that was like?

We traveled to different parts of the country for our expert interviews but taking Dr. Bail back to Germany for the first time in 71 years was the big event.

The fact that at age 95 he was willing to face the demons of war from his past only amplified my respect for him. The courage it took to walk on the ground he had bombed in WWII had with it the possibility of catharsis and making amends on both sides. And both came true. It was clear he keenly felt the ghosts of the past, while at the same time interacting with the present-day graciousness of the German people and their admitted sorrow for what had happened during the war. Following him on the train to the room he was incarcerated in and have him talk out his feelings about the past was transformative to him, as well as to me, as a filmmaker. I knew his heart was heavy but this kind of honesty and level of truth telling is what you hope to achieve. One of the most beautiful passages on the train was when he envisioned a future without war. “And one day there have to be invading people bringing gifts, and this will happen. No killings and no maimings, no torture, no bad memories.” Beautiful.

For more information about the film, visit http://www.andnowlovethemovie.com

Images from the film: AND NOW, LOVE images

December 15, 2019 Ron Irwin Cruises & Tours 0
Spread the love
Spread the love Anyone who has ever enjoyed a cruise knows well the sheer delight the experience brings.  One of the largest, Carnival Cruise Lines, is devoted to FUN and their newest ship in the […]

March 19, 2022 Mira Temkin U.S. Attractions 0
Spread the love
Spread the loveBeautiful Columbus, Georgia, anchored by the winding Chattahoochee River and Columbus State University, is the second largest city in the state. Located in the western part of Georgia, this quaint college town offers […]